About the author Scott Balson 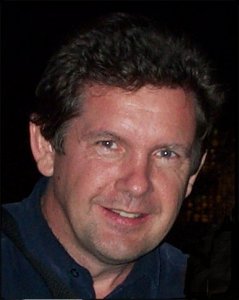 Scott Balson (image right) is based in Australia and is the best selling author of eight books. One, Enemy of the State, is currently being put into a film documentary in Australia. The film is scheduled to be launched in August 2007.

His latest work, Children of the Mist, the lost tribe of South Africa, has taken 30 years of research through collecting a vast library of rare and valuable contemporary books and documents. The book follows the tragic history of the Griqua people from their forebears pre-1652 to their fractured state today.

In October Balson will travel to S Africa to launch this latest work around the country. The main launch will take place at Kokstad during the Griqua celebration of Adam Kok III's birthday at the old laager on 14th October.

Balson's interest in the Griqua stemmed from his time in RSA .He worked for Barclay Bank in Ixopo - working at the Umzimkhulu agency near Kokstad in the late 1970s and his groundbreaking research developed from there.

Return to Children of the Mist main page